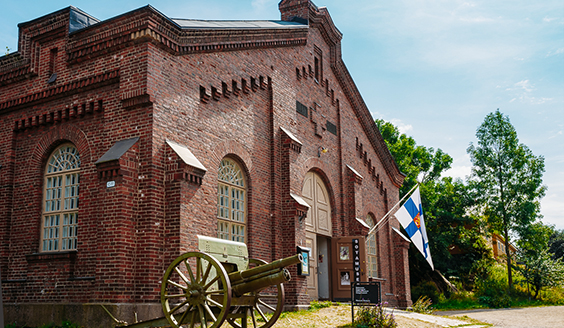 The exhibition continues in the adjacent Artillery Manege, telling the story of the Finnish Defence Forces in the post-war period up to the present day.

Military life in Finland and elsewhere

In the exhibition Military life in Finland and elsewhere in the Artillery Manege, you get to see what it is like to be a soldier, both during wartime and peacetime. You will also get to try some things that are a part of a soldier’s life, and to think if you could meet the requirements set for a soldier, both mentally and physically.