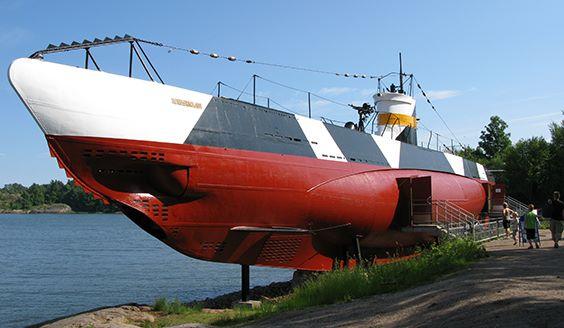 Vesikko is a restored Finnish submarine from the 1930s and 1940s.

A Submarine Experience on Dry Land

In Vesikko the visitor can experience first hand the crowded working and living spaces of the submarines in the midst of diesel and electric engines and torpedoes.

The life of Vesikko

The submarine, pendant CV-707, was built in Turku for Germany and launched in 1933. Finland bought the submarine in 1936 and she was named Vesikko. Together with four other submarines, Vesikko took part in the Finnish Winter and Continuation Wars, 1939–1944. After the war Vesikko was the only Finnish submarine that was not scrapped. After extensive renovation it was open to the public as an exhibit of the Military Museum in Suomenlinna in July 1973.

Vesikko is the Military Museum's most popular attraction and also globally a significant memorial to naval warfare.